The members of the Executive Board are elected by the general membership of NCBS for two year terms. 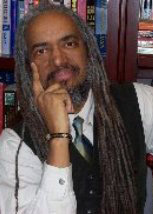 A professor of history and Africana Studies in the W. E. B. Du Bois Department of Afro-American Studies since 2007, Dr. Amilcar Shabazz served as the department’s seventh chair from 2007 to 2012. From 2013 to 2016, he was the Faculty Advisor to the Chancellor for Diversity and Excellence at the University of Massachusetts, and again from 2016-2018, he has was the Du Bois department’s chair. His teaching keys in on the political economy of social and cultural movements, education, and public policy in the African world. His book Advancing Democracy: African Americans and the Struggle for Access and Equity in Higher Education in Texas was the winner of the T.R. Fehrenbach Book Award and other scholarly recognitions. The Forty Acres Documents, a volume he co-edited with Imari Obadele and Johnita Scott Obadele and for which he wrote the introduction, was one of the earliest scholarly works in the modern movement for reparations.

Shabazz has been a Fulbright Senior Specialist and has done work in Brazil, Ghana, Japan, Cuba, and other countries. Shabazz was selected for the 2014-15 class of the American Council on Education Fellows Program, the longest running leadership development program in the United States that focuses on identifying and preparing the next generation of senior leadership for the nation’s universities. His journey in Africana Studies began as an undergraduate student at the University of Texas at Austin and has been active on the National Board for the past decade, with service as National Secretary and Vice President. 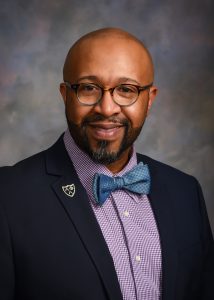 Dr. Alphonso Simpson, Jr., is the Program Director of African American Studies and an Associate Professor of Sociology at The University of Wisconsin-Oshkosh. Starting this position in the Fall of 2019, Dr. Simpson was the Chair of Liberal Arts and Sciences with an emphasis in African American Studies at Western Illinois University.  He received his Ph.D. in 2001 from the University of Wyoming, where he studied Curriculum and Instruction with an emphasis in African American Music and Music Education.  A native of Andalusia, Alabama, Dr. Simpson was introduced to the phenomenology of the Gospel Choir at his undergraduate Alma Mater – Alabama State University where he was a music major.  He carried this zeal for Gospel Music into his graduate work at the University of Missouri-Columbia where he became the director of the Legion of Black Collegians Gospel Choir. Author of 3 books, one of which is co-authored with Mr. Thomas A. Dorsey, III (the grandson of the “Father of Gospel Music” for whom he is named), he is currently working on an interactive online publication geared towards Introduction to African American Studies courses. Dr. Simpson’s book “Living the Life I Sing”: Gospel Music from the Dorsey Era to the Millennium was nominated for the 2018 Association for Recorded Sound Collections Awards for Excellence in Historical Recorded Sound Research.

Dr. Simpson has been involved with NCBS as a presenter since 2007 and became a Board Member through the 2010 Administrative Workshop.  Within the organization, he was awarded the Fannie Lou Hamer & Kwame Nkrumah award in 2013 and has been of service on various other committees within the organization such as the Kershaw Student Essay Committee, the Ankh Maat Wedjau Honor Society Committee, and The Keto Fellow Leadership Committee.  Dr. Simpson is married to Denver, Colorado native Mrs. Renee Simpson who is an Academic Advisor and Associate Student Services Specialist at the University of Wisconsin-Oshkosh.  They have two daughters, Endyiah and Alexyiah and they have recently re-located to Oshkosh, Wisconsin after 19-years in Macomb, Illinois. This year will mark Dr. Simpson’s 2nd year as NCBS Vice-President and Conference Chair. 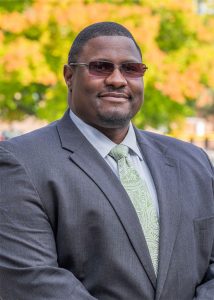 Dr. Kevin L. Brooks is academic specialist for diversity and civic engagement for the Residential College in the Arts and Humanities at Michigan State University. Since 2005, Dr. Brooks has been actively involved with NCBS as conference presenter while he was a graduate student at Purdue University. In 2008, he was selected for the Dr. C. Tsehloane Keto Student Leadership Development and Mentorship Program and board membership. In 2014, he was elected to serve on the Executive Committee as secretary.  With nearly fifteen years of experience in higher education, he has directed and coordinated experiential and academic enhancement opportunities such as community-based programs, Rites of Passage mentoring programs, STEM education programs, youth sports programs, and summer residential programs to assist students with their transition from high school to college and beyond. 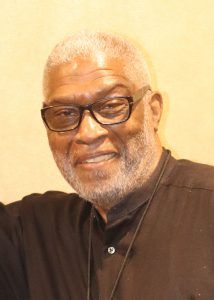 Dr. Alfred Young is an Emeritus Professor of History at Georgia Southern University. He received his Ph.D. in Social Sciences from the Maxwell School of Citizenship and Public Affairs, Syracuse University.  Dr. Young has published a monograph, journal articles, encyclopedia entries, essays and most recently co-authored, Africana Studies: Past Present and Future.  His long and active career epitomizes the motto of NCBS Promoting Academic Excellence and Social Responsibility. During his tenure at GSU, he has created and served as Director of the African and African American Studies Program, and introduced the Model Organization of African Unity (now African Union) to Georgia Southern University. To facilitate the development of Africana/Black Studies at GSU, he has successfully won numerous grants and awards, including a $126,374 grant from the US Department of Education, International Studies and Foreign Language Program.  Most recently, he co-authored a NCBS Ford grant for $237,000, 2007 to 2010.

During the 2010 NCBS conference, Professor Young was instrumental in instituting, along with the Community Engagement Committee, a number of community engagement projects.  For example, the Post-Katrina Recovery Project and a National Book Drive for the Martin Luther King, Jr. Charter School in the Lower 9th Ward of New Orleans. Professor Young’s fundraising and managerial skills have served NCBS well since his election as Treasurer in 1998. Most significantly, during his tenure as treasurer of NCBS, NCBS’ budget has grown steadily and consistently due to his fiscal discipline and oversight.

I am an Associate Professor and Interim Chair of the Department of English and Modern Languages. Specializing in African Diasporic Literature and Traditional African Spirituality. Bess Montgomery, Ph.D. is the author of The Spirit and the Word:  A Theory of Spirituality for Africana Literary Criticism. She continues to write and publish on that topic as well as writing about her friend and poet/activist the late Mari Evans.