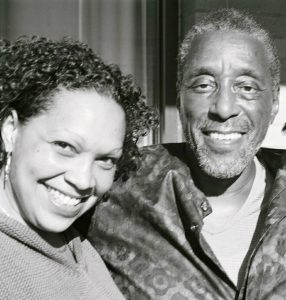 A great and mighty tree has fallen…

On August 6, 2022, Dr. James E. Turner, founding director of the Africana Studies and Research Center at Cornell University, made his transition to be with the ancestors. The National Council for Black Studies deeply mourns the loss of one of our discipline’s leading lights, and a former member of our Board. He has now become an honored Ancestor in the pantheon of Africana Studies and Pan-Africanism.

Born and raised in New York City, James Turner was profoundly influenced by a host of Black activists and intellectuals during his early life, including Dr. John Henrik Clarke, Malcolm X, and Betty Shabazz. After earning his undergraduate degree in Sociology and Political Economy from Central Michigan University (magna cum laude), he continued his education at Northwestern University and Union Graduate School in Cincinnati, where he earned his Ph.D. in Political Sociology and Urbanization and Social Policy. While still a graduate student, he gained a national reputation for Black activism, particularly after a contentious battle for Black student rights at Northwestern University. On May 3, 1968, just one month after Dr. Martin Luther King Jr.’s assassination, Turner led 120 students in a 38-hour sit-in at Northwestern’s Bursar’s Office to protest the 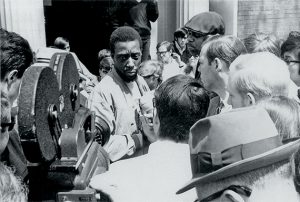 racism and injustices that Black students faced on campus. Turner’s leadership resulted in the University agreeing to eight concrete actions to improve the Black student experience, including the creation of The Black House and an expansion of the curriculum to include Black studies. As Martha Biondi, chair of Black Studies at Northwestern stated, “We are in his debt, literally, for the existence of our department.” Eva Patterson, who protested alongside Turner in 1968, and is now president and co-founder of the Equal Justice Society in Oakland, California, further stated, “James Turner helped me and many other Black students at Northwestern understand that, in addition to getting an education, we were obligated to help transform educational institutions on the issue of race…He helped me become the woman I am today.” 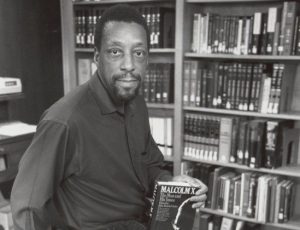 In 1969, Dr. James Turner became the founding director of the Africana Studies and Research Center at Cornell University following intense student protest. Under his dedicated leadership, the Center became a hub for intellectual development and political protest. It also became a home for generations of students seeking intellectual stimulation, political education, and a sense of family. As Akinyele Umoja recently reflected, “Cornell’s Africana Studies and Research Center, under Dr. Turner’s leadership was a model for the discipline and the nurturing ground for seminal intellectual contributors and activist freedom fighters for the Black liberation movement.” Committed to a model of Africana Studies that explored the African-descended experience worldwide, Turner championed Black women in academia by hosting multiple institutes entitled Holding Up Both Ends of Sky: Engendering Africana Studies. As his long-time friend Ron Daniels wrote, “Dr. Turner worked tirelessly to make the Africana Studies and Research Center (AS&RC) a resource for Black students on campus (whether they were enrolled in classes or not), the Black community in the city of Ithaca, Black America and the Pan African World.”

Throughout his career, Dr. Turner committed himself to social justice, boldly fighting apartheid and segregation in South Africa and the United States, including a fierce battle for divestment of corporate interests in South Africa. He was, in the minds of many, a consummate Scholar-Activist. In 1974, he served as chair of the North American delegation to the Sixth Pan African Congress, and in 1973, he co-chaired the International Congress of Africanists in Ethiopia. He was also a founding member of the Board of Directors of TransAfrica, Chairperson of the National Malcolm X Commemoration Commission, and held leadership roles in the National Council for Black Studies and the African Heritage Association.

In addition to a large, loving family, Dr. James Turner is survived by generations of students who owe their lives to his mentorship and care. As Leslie Alexander reflected, “To me, he was a mentor, father, comrade, friend, and my moral compass. I am completely shattered by this loss.” Members of the NCBS Board have been personally blessed with his guidance, friendship, and encouragement in our professional development, and we already miss him immensely. May his powerful legacy and example continue to shine and strengthen our work in the academy and our communities.