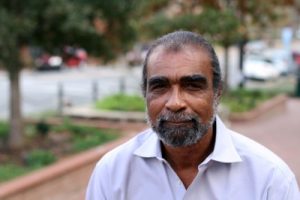 NCBS Statement on the Transition of Dr. Perry Hall

The recent unexpected transition of Dr. Perry Hall in April 2020 has shocked and saddened the entire NCBS family. Perry’s association with NCBS dates back to the organization’s founding years in the late 1970s. For over four decades NCBS and Africana Studies have benefitted immensely from Perry’s service as a member of the NCBS Board of Directors. He is the principal author of the NCBS Core Curriculum  published in 1981. This curriculum model, presented in a document commonly known as the “Hall Report,” has been used by many departments and programs to design degree programs.

The book, In the Vineyard: Working in African American Studies, is Perry’s most well-known and significant commentary regarding the development and theoretical underpinnings of Africana Studies. Here he shows how Du Bois’s  construct of “double consciousness” can be used to sort out conceptions of black identity. In addition,  he foregrounds the importance of vernacular culture — especially popular music — in creating unique frames of reference for African Americans. Consistent with the NCBS dual mandate of “Academic Excellence and Social Responsibility,” Perry applies his framework of analysis to interrogate educational praxis and public policy.

At the time of his transition Perry Hall held the rank of Associate Professor in the Department of African, African American, and Diaspora Studies at the University of North Carolina at Chapel Hill 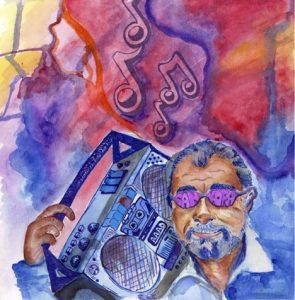 (UNC). Prior to his 28 years at UNC, he had served as a member of the Wayne State University faculty for 13 years. At Wayne State he worked closely with noted scholar Geneva Smitherman.

Perry was a very popular instructor at UNC. In addition to teaching the survey introductory course, he developed courses examining various forms and phases of African American cultural production, focusing especially on popular music. One of these courses examines the history and impact of Hip-Hop. One cohort of students in this course actually produced a Hip-Hop album entitled, “Sankofa,” which features a stylized image of Perry on the cover.

In a 2019 interview, Perry observed, “My career as an academic has been premised on solving the fundamental problem of legitimizing and situating the emergent field of African American and diaspora studies as an integral component in the institution of American higher education.” There is no question that he made tremendous strides in achieving this goal. Indeed, at the time of his transition Perry was working on a book exploring orality and literacy in relation to African American cultural production and political representation.

As we mourn the transition of Dr Perry Hall, we vow to never forget his many contributions. He will be sorely missed by the entire NCBS family, but his commitment and dedication will continue to serve as exemplars that all Africana Studies scholar/activists can seek to emulate.