In Memoriam of Itibari M. Zulu, Maa Kheru
His Voice is True and Justified 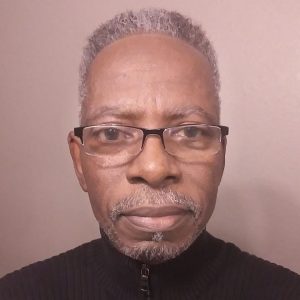 Itibari M. Zulu (1953-2019), was the Founder and Senior Editor of Africology: The Journal of Pan African Studies (AJPAS) established in 1987. After a lifetime dedicated to the growth of A: JPAS as a scholarly enterprise Itibari made his transition and became an ancestor on June 25, 2019. In his words, Africology: The Journal of Pan African Studies, formerly the Journal of Pan African Studies (1987-2009) his legacy, is an “open access multilingual trans-disciplinary online peer-reviewed, editorial-board centered scholarly journal devoted to the intellectual synthesis of research, scholarship and critical thought on the African experience around the world.” An internationally recognized journal the National Council for Black Studies awarded it the “Fannie Lou Hamer & Kwame Nkrumah Award” for its outstanding leadership and service throughout the African world. 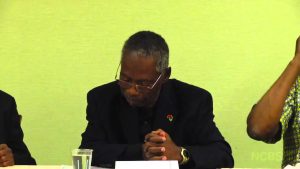 Itibari was a member of a host of professional organizations namely, lifetime member of the National Council of Black Studies, a member of the African Heritage Studies Association, Vice President of the African Diaspora Foundation and Director of the California Institute of Pan African Studies. He was also President of the California Africology Association, “a central entity in the formation of the International Africology Accreditation Association, which was endorsed by seven university departments in Black Studies and twelve academic journals.” He authored Exploring the African Centered Paradigm: Discourse and Innovation in African World Community Studies (1999, 2018 Africology: The Journal of Pan African Studies, vol.11, no.4), and was the editor of Authentic Voices: Quotations and Axioms from the African World Community (2002). In 2017 he created Afrofactor, which is a metric that calculates the number of citations received from academic journals primarily in Africology and other research areas.  His life and work are memorialized in this issue with a select collection of articles he authored in Africology: JPAS. This issue affords a reflection on Itibari’s professional endeavors, expertise, life’s work, vision, mission and the significant contribution to the field, study and expansion of Africology in the form of AJPAS. The journal has been a center of publishing for scholars in Africa and the African Diasporas in the Americas, Europe and globally for over three decades. A scholarly peer-reviewed journal that uniquely created space to honor and salute artists, cultural icons and address contemporary and ongoing social and political phenomena and movements like Black Lives Matters. Itibari himself produced numerous memorial issues for cultural and political icons such as Randy Weston, Aretha Franklyn, Hugh Masekela, Charles “Chuck” Davis, Winnie Mandikezela Mandela, Dr. Francis Cress Welsing, and Juitu Weusi just to name a few.  And here, we memorialize him, Itibari M. Zulu, acknowledging his transition to the ancestral realm and his significant contributions in this life.

In the tradition of the Kemetiyu, the progenitors of our Classical African civilization, the title of Maa Kheru (the voice is true /justified) is applied to the deceased to indicate that they have lived a just life consistent with the principles of Maat (balance, justice, truth and reciprocity) which affords them successful passage to the afterlife. Aside from leading the journal Itibari made his own contributions to the field and study of Africology by way of authoring purpose driven articles that assisted and gave voice to Pan African scholars internationally navigating academe.  This issue revisits selected articles Itibari authored which embody both a deep and nuanced intelligence that couched his ability to function and assume a Tehuti-like role (the scribe and carrier of divine intelligence), consistently making contributions to the field of Africology by providing a broad overview of the scholar-activist tradition, identifying existing and emerging Black and Africana Studies Departments, assessing the trans-disciplinary nature of Africology and providing commentary on the continuous pursuit and struggle for reparations and efforts of African founded and sustained non-governmental organizations internationally. This memorial issue features selected articles authored by Itibari and published in their original form allowing us to hear his voice once again.

This memorial issue closes with a critical piece affirming, in fact, that Itibari M. Zulu was “true of voice” (Maa Kheru) in his thoughts, speech and actions to build an intellectual enterprise to advance the liberation of African people; Written by independent scholar Reginald Mabry on the ancient text and significance of Kemet as the land of the Blacks. This contribution to the memorial issue is a salute to the intellectual struggle to reclaim Kemet, as our Classical African Civilization and center of the university and universal thinking.  Finally, it has been a pleasure and honor as well as overwhelming, at times, to be the Interim Senior Editor (Eric R. Jackson) of AJPAS since Brother Zulu left to be with our ancestors.  Brother Zulu and I initially met in 2010. From that point forward, we became colleagues in the publication of his critically acclaimed and greatly important Journal, especially for scholars who sought to address and explore the challenges faced by the African world community, both inside and outside of the United States. There is no doubt that Brother Zulu will be greatly missed but, most importantly, the continuation of AJPAS is a testament to Brother Zulu’s vision that began in 1987 as well as the struggle, perseverance, legacy of the thousands of African people who came before us.