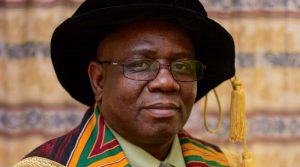 We at NCBS are deeply saddened by the sudden passing of Brother Munashe Furusa, Vice-Chancellor of Africa University in Mutare, Zimbabwe, and former NCBS Board member. We extend our deepest sympathies and love and best wishes to his wife, Sister Dr. Zanele Furusa, their daughter, Charlotte, sons, Osborne, Tanaka and Munashe, the Furusa family, and the Africa University community. NCBS pays special tribute to Dr. Munashe Furusa, Brother, Pan African educator and freedom fighter, and intellectual giant, knowing that Brother Furusa has joined the Ancestors and that his spirit persists in the struggle for a truly decolonized Mother Africa and African Diaspora.

Dr. Furusa’s history with NCBS goes back to 1997 when he was part of the hosting of the African-African American Summit in Harare, Zimbabwe, where NCBS was also represented by then president of NCBS, Bill Little, and other members of the organization. Thousands from the Black world and elsewhere participated 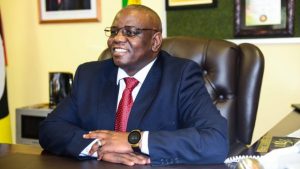 in this historic event. Through this Pan African engagement, Dr. Furusa and other colleagues from the University of Zimbabwe were able to join the Africana Studies faculty at California State University in Dominguez Hills where Dr. Little chaired the department. Through his consistent and dynamic educational involvement in Africana Studies and the university, Dr. Furusa rose to become dean of the College of Arts and Sciences. But deep in his  being was his determination to return to build and expand Pan African higher education in Zimbabwe and the African continent. He was invited to become Minister of Education by the Zimbabwean government shortly after 2011, but declined. Later, the best opportunity presented itself and he was appointed to the position of Vice-Chancellor of Africa University in 2015. Under his tireless efforts and adept leadership, Africa University emerged as the leading Pan African university in Mother Africa, with students from 25 African countries and internationally, Colleges of Health, Agriculture, and Natural Sciences; Business, Leadership, and Governance; Social Sciences, Theology, Humanities, and Education. Brother Munashe Furusa has left a lasting legacy where Africa University has educated and continues to train health, medical, educational, social, political, business, environmental, and theological leaders on the African continent, a legacy that NCBS supports.

In honoring Dr. Munashe Furusa, we honor the best in the Black world and the highest values of the humanity, particularly those freedom fighters who sacrificed and continue to sacrifice their lives in the struggle for Mother Africa and the African Diaspora’s independence and sustainability for present and future generations.