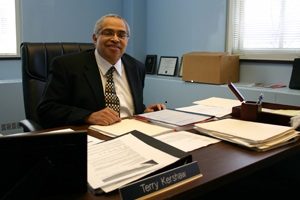 His areas of research was on research methods in Africana Studies; race, gender, class and social change; African American leadership, scholar-Activist research methodology, and chaired 15 M.A. and Ph.D. committees and served as a committee member on at least 40 more. He was a panelist for Diversity Dissertation and Post-Doc Fellowships for the Ford Foundation, Faculty Mentor of the Year from Southern Educational Regional Board (March 2008), a recipient of the Virginia Polytechnic Institute and State University Graduate School 2005-2006 Outstanding Graduate Student Advisor Award, a recipient of the National Council for Black Studies 2004 Outstanding Contribution to the Field of Africana Studies, the Mini Lilly chair at Marquette University (February 1995), a member of the board of the National Council for Black Studies (a former vice president), visiting professor at Temple University in the Department of African American Studies (1991-1992), a staff member of the Great Lakes Colleges Association General and Multicultural Course Design and Teaching Workshop (1989-2000), a Wye Faculty Fellow at the Aspen Summer Institute (Summer 1989), a faculty fellow at Indiana University Department of Sociology (June-August 1987), participated in the Harvest Foundation for the Development of Grassroots Leadership in Martinsville, Henry and Patrick Counties as a principle investigator, the Virginia Polytechnic Institute and State University ASPIRES grant for the  development  of faculty research in diversity areas as a principle investigator.