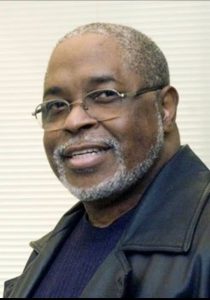 William A. Little, emeritus professor and chair of Africana studies at California State University, Dominguez Hills, died on March 1 of complications from a genetic lung disease. Little joined the campus in 1994 as chair of the Department of Africana Studies, a position that he held until 2006. During his tenure at CSU Dominguez Hills, Little made enduring contributions as coordinator of the Division of World Cultural Studies, coordinator of the Social and Behavioral Sciences program, and chair of the California State University system-wide African American Studies Lower Division Pattern Project.

“Dr. Little encouraged students and young scholars to draw from his fountain of wisdom. He was a friend, confidant, advisor, coach, and father figure to many in the discipline,” he says. “He was there for us from the beginning of our careers and served as a steadfast advisor to many scholars, instilling confidence and responsibility in his mentees and showing them by example the role they must play as they develop into leaders within their respective communities.”

Little founded the Frederick Douglass-Mary McLeod Bethune Graduation Celebration which brings together more than 2,000 family members every year to celebrate student achievement.  He also established the Martin Luther King, Jr. Unity Breakfast, in collaboration with the Carson community, to celebrate the legacy of Dr. Martin Luther King, Jr. In addition, he founded the CSU Dominguez Hills Fannie Lou Hammer Queen Mother Society, an organization of women from the on- and off-campus community who mentor and support Dominguez Hills students.

“Dr. Little worked diligently to create greater understanding and harmony across ethnic and cultural groups and had a profound impact on me and my own understanding of leadership,” says Irene Vasquez, director, World Cultural Studies and professor and chair of Chicana/o studies. “He was the first faculty member who was not involved directly with the Chicana/o studies department who reached out to me with guidance and support. At the time, I was the only Chicana/Latina faculty member holding a partial administrative post in the College of Liberal Arts and he gave me instrumental advice in building the Chicana/o Studies Department. Moreover, he always promoted a positive, mutually beneficial relationship between our departments and encouraged me to assume a stronger leadership role in the Division of World Cultural Studies.”

As an academic leader at Portland State University, in Portland, Ore. (1977-1983), West Virginia University (1990-1994), and CSU Dominguez Hills (1994-2006), Little played a pivotal role in building Africana studies into a distinct and viable discipline. He served as president of the National Council for Black Studies (NCBS) from 1992 to 1998, continuing as a member of its executive board until the time of his death, and was honored in 2006 by the organization for his contributions as a mentor.

Through his travels, Little made it a point to develop relationships and ties that would strengthen not only his personal knowledge and awareness of African people, but also relationships that identified talented scholars who contributed to the growth and development of the discipline of Africana studies. In 1993 and 1996 Little served as the Director of the NCBS Ford Foundation Africana Studies Summer Institute in Ghana, bringing together scholars and educators from the United States and Ghana to share ideas for courses and curriculum. He also served as the director of the NCBS Ford Foundation Administrative Institute, which provided training for Africana studies educators and administrators, many of whom have become university department heads, deans, provosts and presidents.

Little’s recent publications include The Borders in All of Us: A New Approach to Global Diasporic Societies (co-edited, 2006); A Walk with the Ancestors Across Time: A Collection of Poems and Reflections (2000); and the forthcoming co-authored The Study of Race, Ethnicity and Class: A Case Study of Durban, South Africa. Donis Leonard, associate professor of theatre arts, recalls the impact of Little’s poetry.

“What I will remember the most is his artistry,” says Leonard. After a very late rehearsal one night years ago, I recall getting my hands on a copy of one of his poetry manuscripts. After reading a few pages, I immediately put on a pot of coffee. I couldn’t put it down. That part of Bill on those pages had a way of lifting the human spirit with both tenderness and a wonderful sense of truth on display, as big as life.”